OK, here is a movie of Selenium in action. Most of the hard work for Selenium was not done by me, and Ryan Wilcox had the patience to get PetSoar (shown here as PetStore) going under Selenium control. The movie itself was shot on the Mac in Firefox, but don’t forget that Selenium is for Web Browsers anywhere1.

The quicktime movie itself is from the next version of Selenium, testing that PetSoar app from the Java Open Source Programming book.

We’re hoping that Selenium becomes the de-facto standard testing framework for web-apps. There is lots of sense for it becoming so. Compared to the multi-thousand ticket item for other commercial windows test running products, the $0 price tag for Selenium makes it very attractive. That it can join in with JUnit and NUnit (etc) for fully continuously integrated testing. Enjoy. 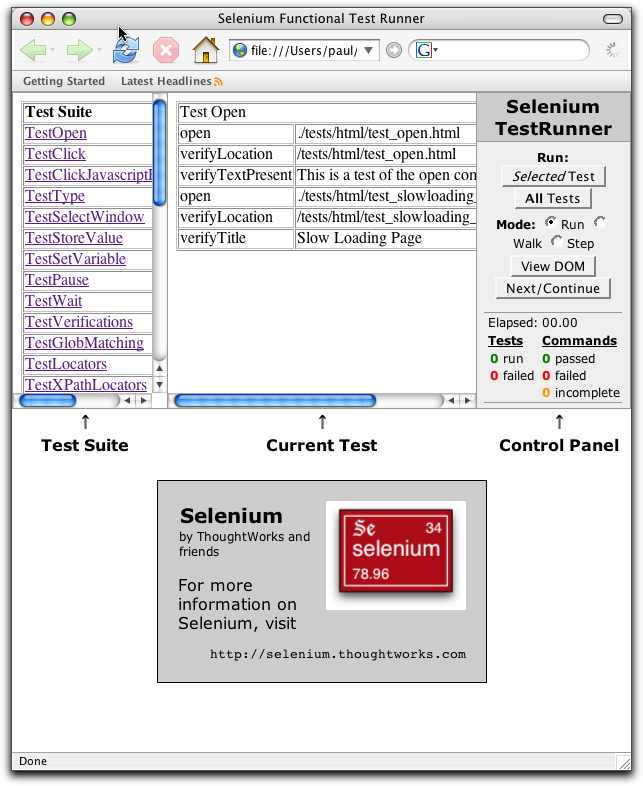