I attend the eXtreme Tuesday Club meetup in Manhattan once a month. Recently someone described a person in their team who was a bit of a liability, and I asked if they were a maverick or a loose cannon. Then a few days ago, a stack-exchange article My coworker commits and pushes without testing popped up on Proggit. The poster, ‘5113649’, had a lot of responses - mostly suggesting process changes. I wondered if was a people problem, and if the co-worker in question was perhaps a maverick or a loose cannon.

You’re leaving a senior teammate with an agreed piece of work to do, while you’re away. Some, much, or all of the time, they have no intention of doing what you wish, but they are not going to tell you as you depart. They don’t care enough about it. Or perhaps you.

You’re leaving a senior teammate with an agreed piece of work to do, while you’re away. You come back and you find they’ve done something else, with arguably lower value, and perhaps greater risk. They really think they’re going to be congratulated on their initiative, given the circumstance leading up to the change of plan (that you were not party to). You’re able to work out that it was an unworthy side track for the team, and not befitting their role within it. 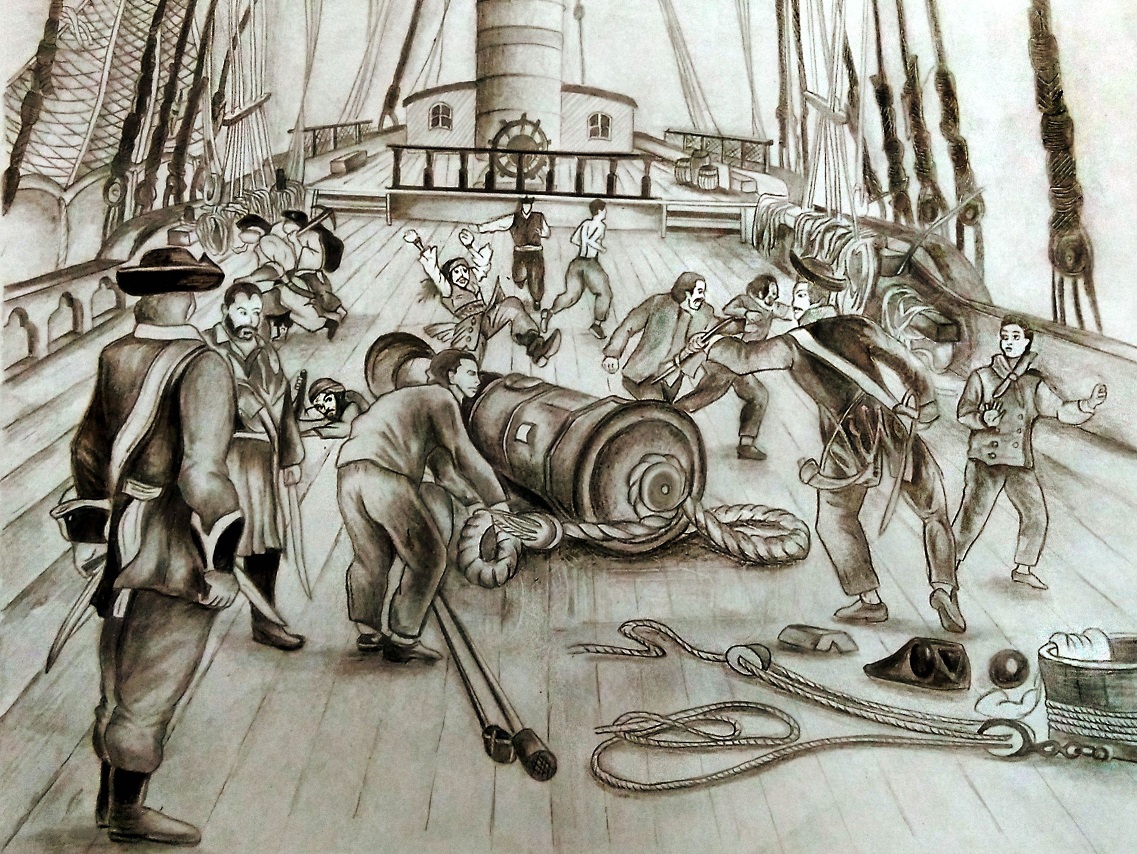 For the origin of the term, refer to Victor Hugo’s “93” book - a cannon is loose on deck. The cannon is maiming people as the ship lists, and sailors on deck are trying to avoid it. They hope it is about to crash through the gunwale, and into the waters of the English Channel. Perhaps someone else will save the day, they think. The first mate decides to jump down from the safety of the officer’s quarterdeck, and after a lot of risky and failing attempts to do so, goes on to lash it to the mast (with some late help). Soon after that, the captain The Marquis de Lantenac, pins a medal on the fellow, then shoots him dead with a musket. Officers shouldn’t be doing that, you see, as there are increased risks to the ship if he dies or is maimed in the attempt. It is said, the allegation of “Loose cannon” consequentially refers to the person doing the “heroic” activity, not a heavy object bouncing on a figurative main deck and doing harm.

The leaving the senior teammate to do some work, is just one scenario. There are other scenarios, but that contrived one proves useful to describe the difference. It is also true to say there are a small amount of times when maverick or loose cannon behavior can be useful to outcomes or goals for a team or a project. Maybe in the end it is just a sliding scale, and all of us at some time or another in our career will (or have) exhibit the behavior, with different unpopular (or popular) outcomes.

Back to the the StackExchange posting, and whether the co-worker is a maverick or loose cannon - I don’t think there’s enough information, and it could just be innocence in the absence of a authority figure who could mandated better. I’ve also never encountered a person who pushed directly to production themselves. Nor could circumvent a change control process (or source-control technology since 1995) in any way.